The Cambridge Cluster – the UK’s answer to Silicon Valley?

Cambridge is a great place to do business for so many reasons. With easy access to business hubs, support and associated opportunities, and the country’s top talent on your doorstep, just some of the factors making Cambridge the first choice for business start-ups and established companies looking to branch out. Cambridge is leading the way in many fields as a result, with advancements in technology in particular putting the city on the cutting edge.

For businesses looking to innovate in the software, electronics, and biotechnology industries, there’s no better place to be than the Cambridge Cluster. Here we tell you why.

What is the Cambridge Cluster?

Also known as Silicon Fen, the Cambridge Cluster is now considered the UK’s answer to Silicon Valley thanks to its high concentration of technology businesses. Organisations based here are leaders of industry. Their connections with the University of Cambridge give them a key advantage over other technology businesses in the UK and the rest of the world.

Thousands of technology businesses are based within the Cambridge Cluster. As a result, the cluster is responsible for employing more than 60,000 people and generating in excess of £12 billion turnover every year.

The history of Silicon Fen

Despite major press coverage in recent years, the Cambridge Cluster is a lot older than many people think. The cluster that we’re referring to today started in 1960. It didn’t happen organically either; the cluster was the brainchild of Cambridge based consultants who were looking to put the bright, young minds of Cambridge University at the disposal of industry.

Almost 60 years on, and it appears the cluster is doing just that. Many renowned firms and innovative tech start-ups are using the resources of this small city to revolutionise the world.

The Cambridge Cluster has grown significantly since its foundation, especially after Trinity College’s Cambridge Science Park was introduced in 1970. Its formation saw business numbers in the cluster grow from 39 to 137 in just one decade. By 1990, companies were being established at a rate of two per week. 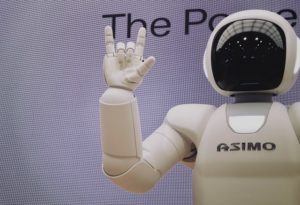 Silicon Fen is now Europe’s biggest technology cluster, with the knowledge-intensive firms that call it their home transforming industries and contributing to the UK economy no-end. The cluster now represents six decades of innovation and enterprise. Amazon, Apple, Huawei, Microsoft, and Samsung are just some of the world-leading brands who’ve set up operations here.

AstraZeneca is another major player based in the Cambridge Cluster. The Guardian reveals how the FTSE 100 pharmaceutical company makes use of the resources so easily accessible in Cambridge:

“More than 2,600 of the drugs company’s staff and scientists now work there, even before the completion of its new headquarters on the edge of Addenbrooke’s hospital. Pharmaceutical companies have struggled with weaker levels of productivity in recent years having become reliant on drugs developed decades ago. Open collaboration with startups and universities could help them create new medicines. AstraZeneca has about 130 projects with Cambridge University, having only run half a dozen a decade ago.”

Could your business benefit from joining the Cambridge Cluster? Discover how a serviced stay can make your business relocation simple before making your move to Cambridge.